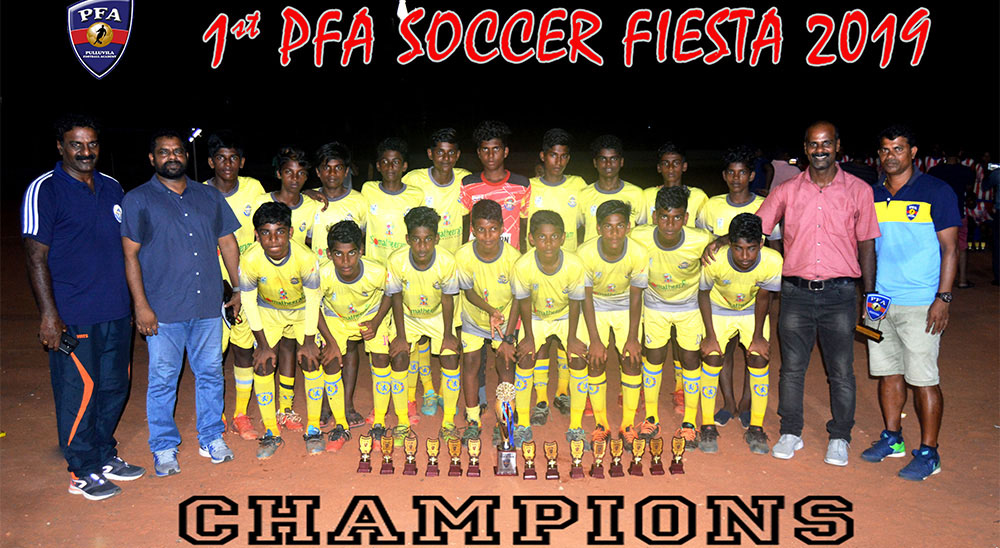 LiFFA won the south India level PFA Soccer Fiesta hosted by Pulluvila Football Academy at Jai hind Stadium Pullivila. LiFFA again with their unbeaten run and EBINDAS again with the player of the Tournament and top scorer sealed this cup too.

The little stars of LiFFA U14 boys’ team have won the first “PFA KIDS SOCCER FIESTA”, the boys also received the titles of best player and best scorer of the tournament. The LiFFA players are formidable opponents for all the teams since they have won many champion titles in last 5 years. Football represents one of the most popular sports in coastal area. The enthusiasm of this population for this sport remains legendary. The LiFFA Trivandrum made its mark in Indian football when it participated since 2015. The atmosphere of of the Soccer Fiesta was always incredible, the football is top notch and the host PFA Pulluvila were fascinating to explore the first ever kids tournament organized in Trivandrum coastal area. All the participants of the tournament got an incredible experience throughout the championship.