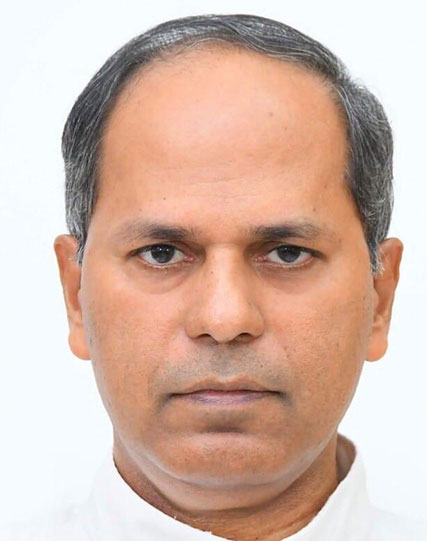 Rev. Fr. Wilfred E, the present Director of LiFFA was born in South Kollemcode, the Santhosh Trophy village of Kerala. This place is well-known for fostering the talented footballers to the professional leagues. After his schooling he joined in St. Vincent’s minor seminary. He was a vibrant candidate who possessed a sound body through the sports activities like football especially basketball and volleyball so on. He did his philosophy and theology at St. Joseph’s Pontifical Seminary,  Aluva in which football was the pride. He was ordained a priest on 21st Dec 1984.

He was the flagrant sign of the unfailing love of Our Lord Jesus Christ. As a priest, he served many parishes and institutions in a duly manner. Instantly he was appointed as the Rector of St. Vincent’s minor seminary. He expressed his blatant thirst for sports by convincing the candidates about the need and significance of it. Again he held responsible for various parishes and institutions. At present he serves as the Director of LiFFA Trivandrum and also the Manager of the Marian Engineering College.

He was very sincere and dedicated to the new initiatives of LiFFA. Amidst of his hectic activities as the Manager of the Marian Engineering College, he was very eager to spare his time with the LiFFA players who will eventually become the backbone of all the professional leagues in India. He often prompts the players to shine in the educational and disciplinary spheres too. He imparts full-fledged support to promote LiFFA to an outstanding level in the realm of both basic amenities and excellence on and off the field. It was during his directorship, LiFFA has produced 2 Indian International players. He outshines by instilling proper guidance and duly suggestions to the endeavours of the academy.