One more golden feather on the peak of liffa Trivandrum. Ebindas yesudasan has been selected in the u-16 indian football team for preparation of participating in u-16 AFC cup 2020. 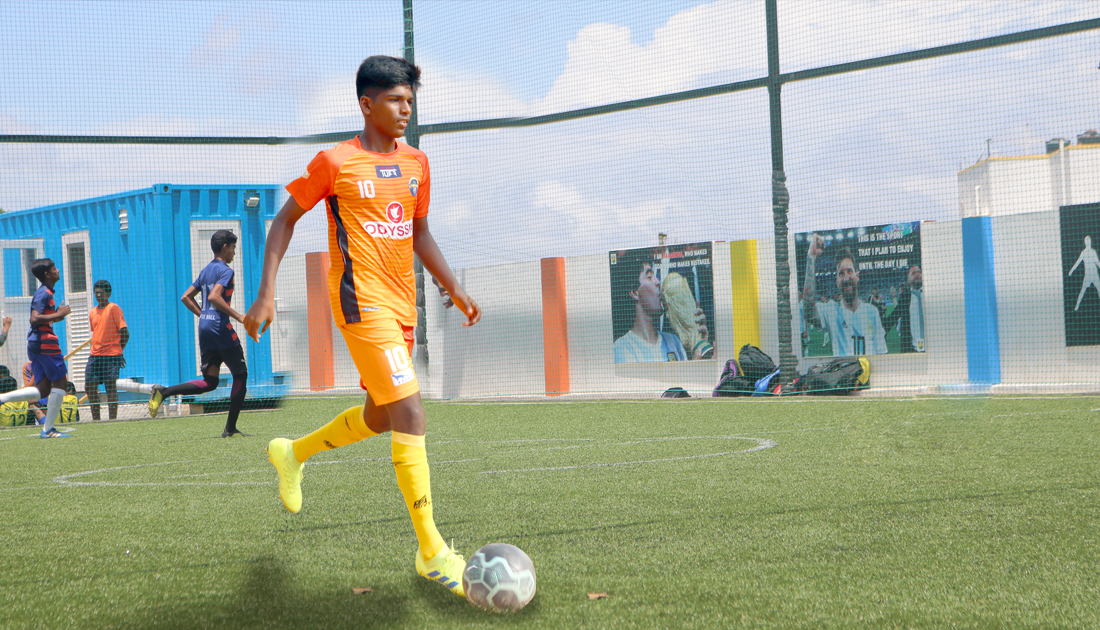 Ebindas, the captain of U-15 LiFFA team and the midfield general has been rewarded the best player and the top scorer award for all the tournaments participated in the last two years. Ebindas who learned the basics of football from SMRC, South Kollemcode which is known as the Santhosh Trophy village of Kerala is the eldest offspring of Yesudasan and Shalini. After joining LiFFA at 2018 Ebindas is being trained by a AFC ‘A’ Licensed coach Mr. Cleofas Alex, the one who creates revolution in football by making use of the Coastal Players. And the other AFC ‘C’ Licensed coach of LiFFA is Mr. Vincent Dominic. He also gained best player and top scorer award from the U-16 National South Zone Football Championship held at Bangalore. The striking thing is that it is he who scored 5 goals against Telangana in the crucial match for Kerala which in turn qualified the team for the All India national championship. He also performed a vital role and earned the Runners Trophy for Trivandrum in the Kerala State Championship held at Ernakulam in 2019. He was the best player and the top scorer in this tournament. He was also selected in Kerala state team in 2018 for National championship but he has been set aside by the injuries. 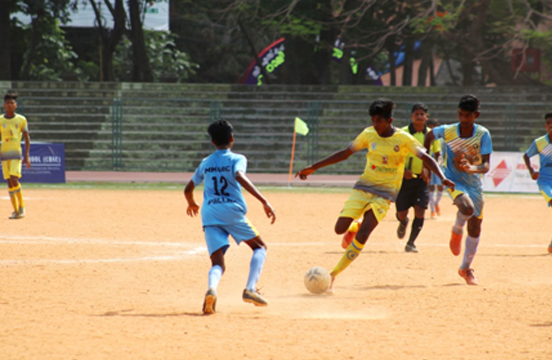 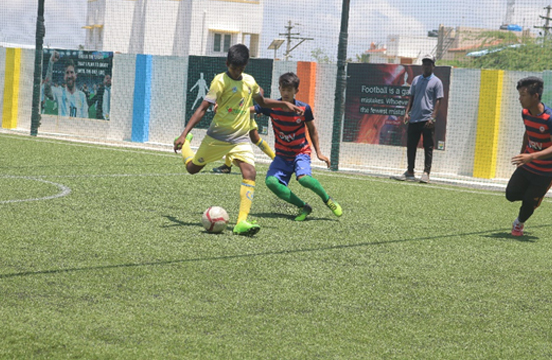 Ebindas who studies 9th standard at St.Vincent’s High School Kaniyapuram was the captain and played a vital role in earning the U-14 Subrato Mukherjee Cup State Championship for the school in the academic year 2018-19. He also made the state and school in the U-14 category ever in history in the quarterfinals of International Championship held at New Delhi. Eventually he deserved the Indian Air Force scholarship. LiFFA Trivandrum has earned 12 championships from 2018-20; 5 National championships and 7 State Championships. The personal skills and talents of Ebindas was immensely valuable in gaining these achievements. We make here a prayerful wish that his stunning performance to be continued for the Indian team.

LiFFA is one of the reputed residential Academies in Kerala began as a dream project by Trivandrum Latin Archdiocese on 2015. It’s objective is to trace and nurture the talents from the coastal belt at the very young age and to foster them to the Indian professional football by giving them scientific and systematic training, nutritions, the duly education etc….. It’s Director Very. Rev. Dr. Wilfred E disclosed that LiFFA is on the proper direction and with the limited amenities it has contributed one U-18 International school player, one U-16 Indian International player, 13 national players and 33 state players to the sphere of Indian football within five years. He also announced that it is on the process to facilitate internationally professional dignified amenities. Assistant Director Fr.Christudas Philip and President Mr.Davidson opined that when these facilities have been actualized a second division I League may begin only with the coastal players. LiFFA Trivandrum will become the production factory of Indian football in the near future with the great role of a flock of young coaches opined the secretary Mr. Jude Antony. In this occasion let the coastal people and the football lovers together with LiFFA family felicitate Ebindas Yesudasan to perform well in the U-16 Indian team and to demonstrate an astounding performance for the Indian team. And above all let him become the pride of coastal belt….