*Jaison Patrick’s* winning goal against Don Bosco, Ernakulam in the First Players Cup of first game in Group A came in the very last minute of stoppage time, and put St. Joseph’s HSS in the driving seat of the Semifinals. 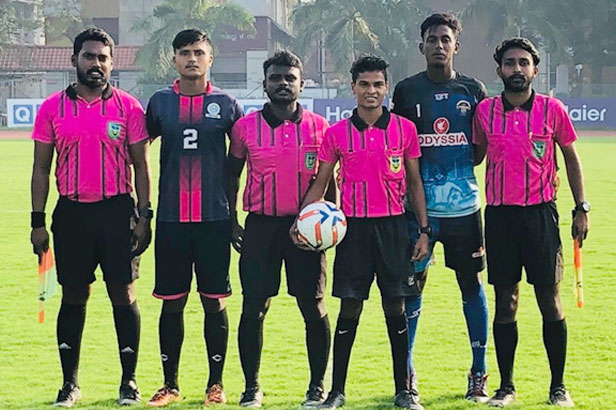 There has never been a more spectacular, unlikely ending to one than St. Joseph’s two-goal stoppage time comeback against Don Bosco. St. Joseph’s had drawn the first blood with a flying acrobatic volley scored by *IgnatiousEmmanual* which came off a fantastic freekick from Aneesh that was put back in play by the crossbar. After which Don Bosco equalised through a penalty and then took the lead with a goal scored during the chaos in the box after a freekick.

*AkeshThadayus* equalised for St. Joseph’s again and helped to dominate the game in possession and continue high tempo attacking style of play but St. Joseph’s conceded through a counter attack and was down by a goal again. In the 80th minute *Saivin Ericsson missed our opportunity to equalise from a penalty. But our young champs were not ready to give up till end of the last whistle which snatched the game from 2019-20 Youth I League side of Kerala.

Aneesh Vincy’s* free kick from the edge of the penalty arc, it was an spectacular goal screwed into top corner of the far post got St. Joseph’s HSS level off in the 91st minute, Jaison Patrick put the ball in the Don Bosco’s net just 70 seconds later, after the 12 consecutive successful passes built up from the Goal keeper and breaking Don Bosco’s hearts in the cruelest way possible. At the end of the match St. Joseph’s came off the field with a 4-3 win. Indeed, Jaison’s last-gasp winner crack our top ten goals scored in the 90th minute or later over the last five years.