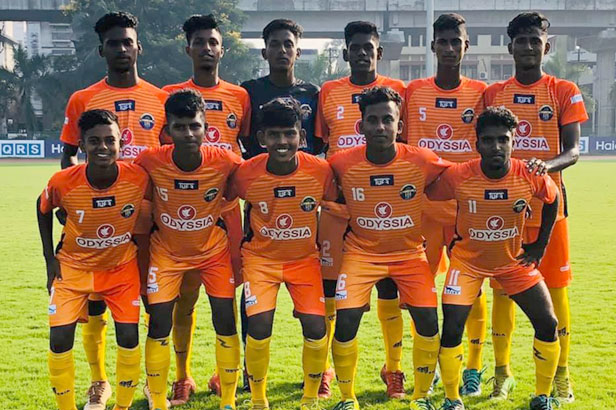 There was little comfort in the fact that this St. Joseph’s HSS team are genuinely special. St. Joseph’s side were imperious, their control breathtaking. Speaking of genuinely special, if this was indeed the game that decided the best team in the south India, there can be only one answer. Strikers Sharan and Sabin failed to score many opportunities in the first 15 minutes, but their performance – was sublime. There were fewer brilliant dribbles, less fantasy but there was a stunning assuredness and impeccable precision in the passing. It was Ignatious who controlled the game and then decided it on the 18th minute with a solo goal. 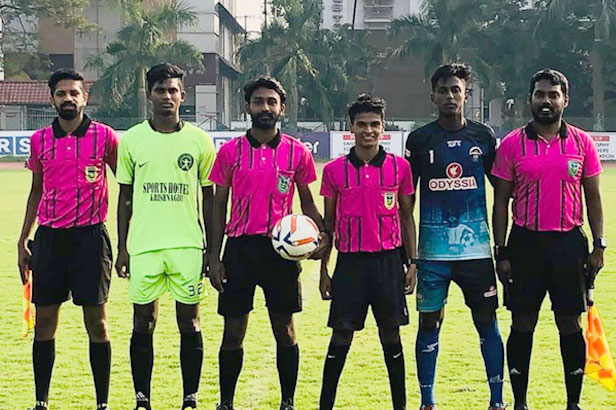 Akesh T, who spent the match dropping from his ‘false 9’ role into midfield, content to play simple passes and keep the ball moving, combined with Saivin Ericsson. The shortest player of the St. Joseph’s then swept the ball out to Ignatious. His pass into the box found Sharan Antony running though and as the ball bounced fortuitously off his heel, Sharan nudged a volley past Krishnagiri Goal Keeper. It was the perfect demonstration of St. Joseph’s football. Short, clever passing, a man always in support. Even the goalkeeper Shikku Sunil refused to hit aimless punts.

Within 5 minutes of the start of the second half, Tony had a goal disallowed by the hand ball of opponent defender inside the goal area, and the penalty converted by Sabarin Bush. Ignatious and Jaison had already made a mess of a superb opportunity. 4 minutes later tm, Ignatious slipped an angled delivery through for Sabin. But again the Krishnagiri stopper back handled the ball inside the penalty area, Jaison Patrick convert the goal from the spot.

Ignatious did much the same thing three minutes later and Jaison made no mistake. The pass was perfectly weighted and Jaison, struck his 2nd goal of the match. It was an amazing performance by the St. Joseph’s young champs beat GHSS Krishnagiri with 5-0.