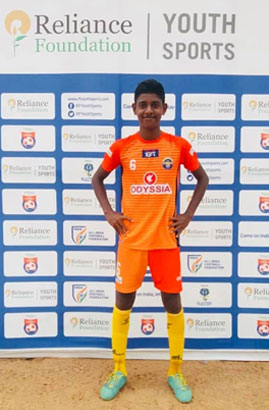 LIFFA had no trouble when they ventured Central stadium to play Chinmaya HSS, Attukal in the RFYS Trivandrum Zone Junior on today winning 6-0.

The margin could have been greater with the LiFFA’s hitting the cross-bar at least four times during the match.

Alan Saju unanimously named as Player of the match, was again impressive in the midfield alongside Jobin and Roy Jeri and Bijo Johnson who were joined in each scoring a brace of goals.

A solid display by the LiFFA’s back-line, specially Skipper Ajin Antony prevented Chinmaya from capitalising on their limited scoring opportunities.

Alan Saju backed up his two goals from last tour with another two in today and was joined on the scorer’s list. Jefin who was playing in his first game for the LIFFA with his one beautiful long range goal.