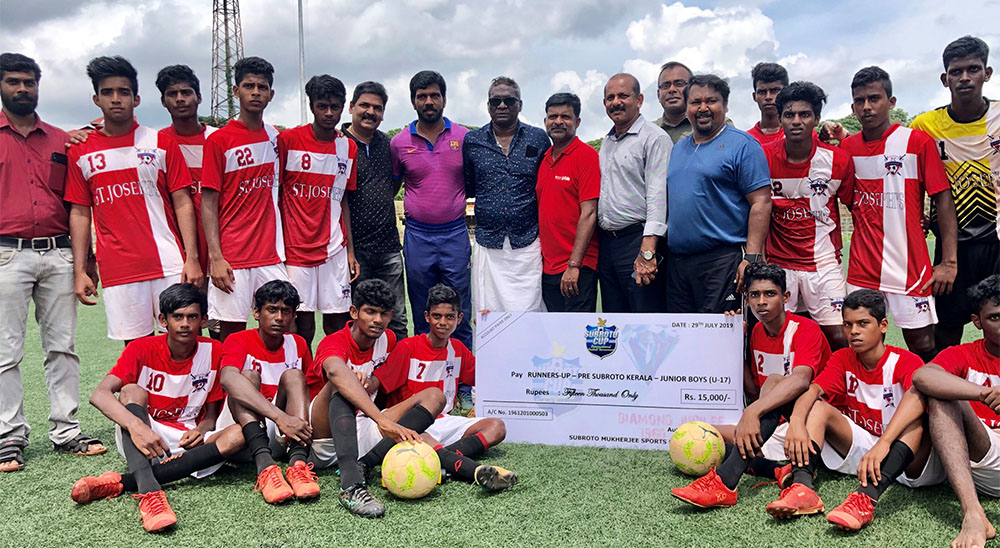 The LiFFA boys represented St. Joseph’s School in Subroto Mukherjee Championship 2019-20. The best 80 schools from the state participated in the Kerala state qualifiers of the Subroto Mukherjee International Cup. In this tournament St. Joseph’s went on to the final of the tournament beating many academies of famous professional clubs in Kerala attached to schools, winning the hearts of all the spectators. Here too if it had not been for the rain and the ground, we would have won the Kerala qualifiers and qualify for the final stage of the International championship.

The Subroto Mukherjee best school competitions are very high profile, attracting students, parents and spectattors from all corners of the nation and beyond. This year it was direct state level knock out tournament conducted at Trissur. St. Joseph’s HSS participation at the Subroto cup ended at final against NNMHSS, Chelembra. The indomitable lions fell behind two – nil at half time before conceding three more goals in the secondhalf. Till the semi finals the LiFFA’s super falcons crashed all the opponents out of the competition.