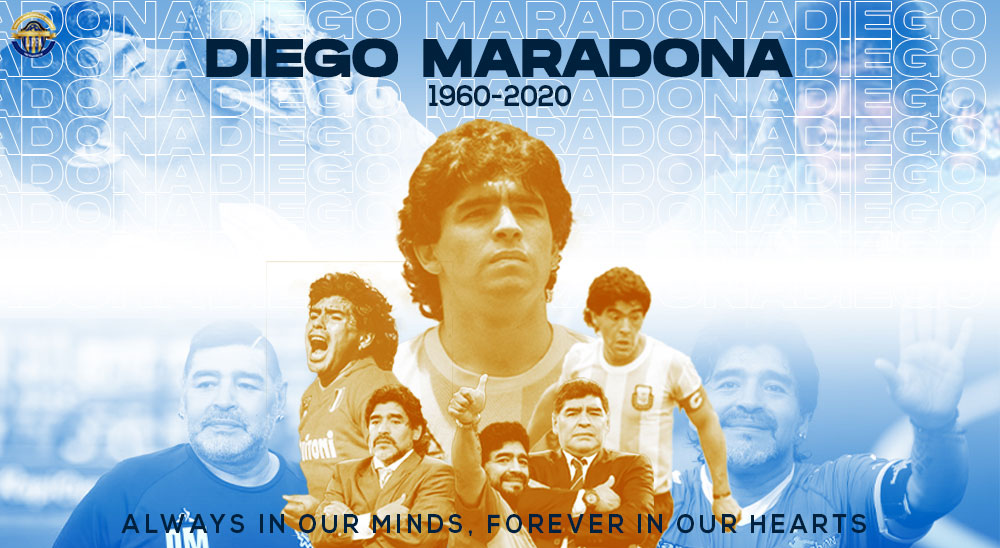 “To see the ball, to run after it, makes me the happiest man in the world”. Indeed football was everything for him. The world of football lost a true legend yesterday. Argentinian professional football player and manager Diego Maradona passed away at the age of 60 following a heart attack on Wednesday in his house in Buenos Aires.

Maradona’s most famous tournament was the World Cup-winning performance for Argentina in 1986. His most famous match was the quarter-final in the 1986 World Cup against England. It had arguably the most famous and infamous World Cup goals in history and will always be remembered as when the “Hand of God” struck football.

A stocky and tenacious midfielder, Maradona became a hero of the lower classes of Argentina from which he hailed and of southern Italy where he led Napoli to victories over the wealthier northern clubs.

The playing environment for today’s footballers has changed significantly since Maradona’s time. It was without question that because of his genius, football rose up as a passion for young players across the coastal regions of Kerala and all over India as well. Argentinian fans across the world would say that it was because of Maradona that Argentinian football has gained a fan base in an international level. From humble beginnings since the age of 8, Maradono was sure to impress everyone who watched him play. As a 12-year-old ball boy, he amused spectators by showing his wizardry with the ball during the halftime intermissions of first division games. Maradona made his professional debut for Argentinos Juniors, 10 days before his 16th birthday wearing a 16 jersey and became the youngest player in the history of Argentine Primera Division.

In his international career with Argentina, he earned 91 caps and scored 34 goals. Maradona played in four FIFA World Cups, including the 1986 World Cup in Mexico where he captained Argentina and led them to victory over West Germany in the final, and won the Golden Ball as the tournament’s best player. Later he became the coach of Argentina’s national football team in 2008.

His achievements with his country and club are too many and without doubt his demise was not in vain. Diego Maradona’s legacy is a true path for young footballers to follow. Football enthusiast or not, people across the world would eagerly watch as this “Golden Boy” showcased wonders with a ball in his feet.

In these heartbreaking moments let us cherish what he planted and nurture what he left behind. His legend will always live within our minds and will be remembered forever in our hearts.